When tourism and Turkey are mentioned together, one might think about the country’s countless blue-flagged beaches and ancient sites, but it is also home to one of the world’s longest footpaths — the Lycian Way.

The Lycian Way, named after the ancient civilization of Lycia, runs 540 kilometers (335 miles) along the Mediterranean coast from Mugla province to southern Antalya.

With its vast length, it may appear intimidating at first glance, but trekkers have the option of starting off from different parts of the ancient pathway and enjoying shorter routes.

Those who take on the challenge of completing the route will be journeying through rocky, mountainous terrain, abandoned beaches, dense forests, hill peaks and ancient ruins.

In order to prevent adventurers from getting lost, rocks along the footpath are marked with red and white stripes.

There are also water wells scattered along the path to help prevent travelers from becoming dehydrated.

Baris Dayioglu and Ulas Ozgun, two companions who covered a distance of 130 kilometers within two weeks, told Anadolu Agency about their experiences while walking along the path.

Dayioglu, 31, said his journey made him realize that he had lost touch with mother nature as he had been living in urban areas his whole life and always looked for an opportunity to escape the city.

“It was a great experience. One that I will never forget,” he said.

“Leaving all stress sources behind and focusing only on where to sleep was just great. It was great to feel free from our daily or professional responsibilities.”

Dayioglu, who is an interpreter, said it became too difficult for him to adapt to his “old life” when he finished his great journey and returned to the capital, Ankara, where he earns a living.

“The tent life I experienced there was truly joyous. I’m looking forward to covering more ground in these historic and scenic lands,” he said.

“I had just two weeks to enjoy this adventure, but my friend and I plan to complete this path in a couple of years.”

He warned, however, that trekkers should make sure their backpacks are not too heavy as he regretted bringing some unnecessary items that later became a burden on this shoulders.

Ozgun, 30, an academician, said he was truly fascinated by the “virgin” environment of the Lycian Way and enjoyed every single minute of the trip.

“You simply cannot help admire the sky at night. With no light sources around, you are directly exposed to the Milky Way. You find yourself appreciating this beauty,” he said.

Emphasizing that he loved being away from the daily responsibilities and chaos of urban life, he said: “You do not think about the bills or anything else. It is all about your survival and nature.”

Ozgun said he did not find it too difficult to cover 130 kilometers, as there were water wells scattered along the path and travelers, depending on their preferred route, could get help from local villagers at certain points of the journey.

“There was a time when we realized we did not have any money left and we found ourselves in one of the villages we were passing by,” he said.

“After telling the village headman about our troubles, he pulled some money out of his pocket and said we could send it back after making it home.”

He said this act of generosity reflected the goodwill of the local people in the region.

The two adventurers said there was also the ancient civilization side of their journey as they had the privilege of wandering past ancient artifacts which became a natural part of the surrounding environment.

Both Dayioglu and Ozgun urged Turkish authorities to promote the pathway more so that more people across the world could enjoy being part of this “unforgettable adventure”.

Ancient Lycia consisted of a federation of cities called the Lycian League – the first known democratic union in history. Its largest cities were Xanthos, Patara, Myra, Pinara, Tios and Olympos.

Today, the Museum of Lycian Civilizations in the town of Demre in Antalya province awaits visitors. Those hungry for more information about this ancient civilization can view the artifacts and historic sites there. 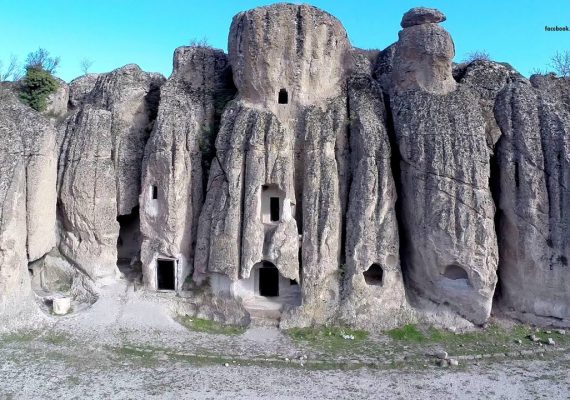